Deer Valley Times will be highlighting some wonderful Halloween costumes for adults, kids, teens, toddlers and even the dog, all month long! Found one you love? Leave us a comment! 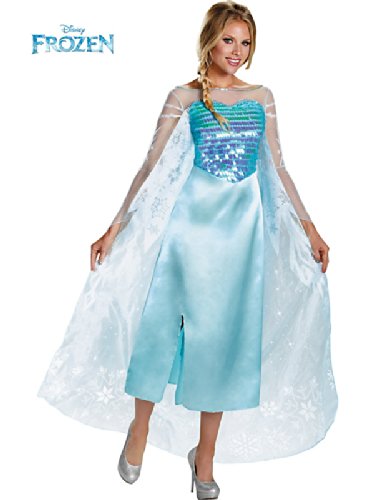 Frozen is a 2013 American 3d computer-animated musical fantasy-comedy film produced by Walt Disney animation studios and released by Walt Disney pictures. The film tells the story of a fearless princess who sets off on an epic journey alongside a rugged, thrill-seeking mountain man, his loyal pet reindeer, and a hapless snowman to find her estranged sister, whose icy powers have inadvertently trapped the kingdom in eternal winter. This Elsa deluxe costume features a beautiful blue dress with sheer sleeves, sequin bodice, and an overlay with glittery snowflakes, swirls and icicles